Smoke has the looks and talent of a Blazing Red Kennels producer. He passed the 2015 Spring and Fall Grands, Passed 12 out of 13 Master tests and is a consistent performer in HRC and is a member of the 500 point club.

He duck hunts in Mississippi and Arkansas ever winter.

Pi has 2 Grand passes and only needs two Finished passes for her title. 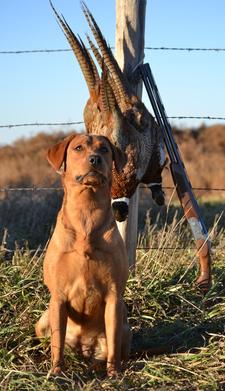 My good friend Amy Monosmith decided to breed her female UH HRCH Takealine Echo to our founding sire Blaze. I really liked this breeding so I decided to pick out a pup to add to the herd we already had. I picked out a rambunctious dark yellow male and in keeping with Blazing Red tradition I named him Flame. Flame soon found his place in our household and was a wonderful pup very intelligent and quick to learn. I started puppy training keeping it fun, at 4 months I would let him run with the big dogs at the end of a guided upland hunt. It did not take him long to figure out how to retrieve all upland birds.

By five and half months he had began his career in hunt test earning titles with ease. By the age of two he had earned the following titles:

Flame also made it to the 3rd Series of the 2010 Lyons GA fall HRC GRAND. This was his first time running. Pretty impressive considering he was running seasoned in the spring of that year. I was very proud of him he did a great job.

Flame is a very versatile retriever whether at a hunt test, hunting ducks, geese, doves, or upland. We are proud to have him carrying on his father's genes our founding Sire: "UH HRCH CP TREDDOLPHIN BLAZING RED SH".

Flame is always wagging his tail and it will always remind me of Blaze years after he's gone. Flame has a great personality he loves everyone. I could not tell you the path I took to get to where Flame is in his training it's just like he reads my mind. He is truly one of a kind. I guess God knew it would be hard to fill Blaze's Paw's so he sent me FLAME. Flame's Pedigree 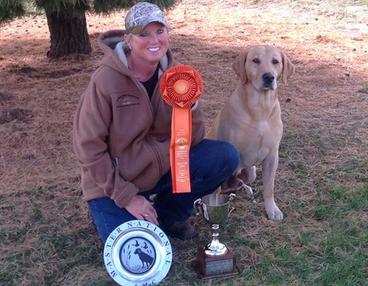 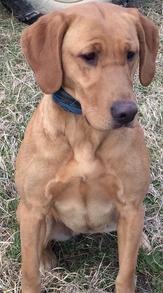 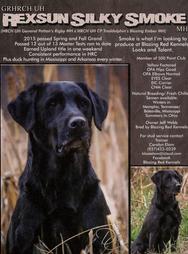 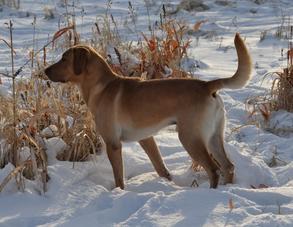 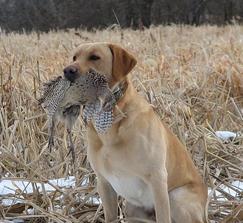